Microsoft has announced the general availability of Windows Virtual Desktop, its DaaS offer on Azure. In the program, Windows 10 multisession mode, Office 365 optimization and an extension of security support for Windows 7. 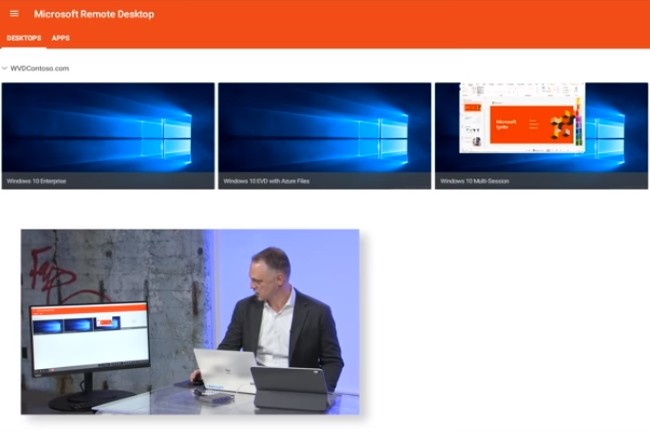 The process took a long time to complete the release of the Windows Virtual Desktop offering. After a preview to a limited number of users (private beta) since September 2018, Microsoft had opened the experiment last March to more testers. No less than 20,000 companies have registered for this test.

After some adjustments, the Redmond firm officially launched the Windows Virtual Desktop service available on Azure. Companies will now be able to offer desktop as a service with unified management, multi-session Windows 10 experience, optimizations for Office 365 ProPlus, and support for Windows Server Remote Desktop Services (RDS) workstations and applications. ).

A security support extension for Windows 7

To develop this offer, Microsoft learned of the acquisition of FSLogix in November 2018. The technologies of the latter improve loading times (from almost a minute to one or two seconds) to access Outlook or OneDrive. In addition, FSLogix supports client and server RDS deployments to facilitate on-premise migrations to Windows Virtual Desktop.

Multi-session mode is clearly the flagship Windows Virtual Desktop feature. It provides remote desktop sessions with multiple remote users connected to a VM or Windows Server. For the record, this feature has taken over from RemoteApp that Microsoft stopped in 2016.