Live from Hangzhou (China). It is in Hangzhou City (where Alibaba’s headquarters are located) that Alibaba Cloud organized its annual event. For the fifth edition, the “Computing conference” has changed to Apsara conference. This to show that the OS of its cloud platform is now fully operational and viable, we are told between two workshops. This year, Alibaba Cloud hopes to convince its 80,000 visitors that we have entered the era of the digital economy. “New consumption patterns are born and are driven by the best knowledge of data and their exploitation,” said Daniel Zhang, president and CEO of Alibaba Group, in his introductory speech. 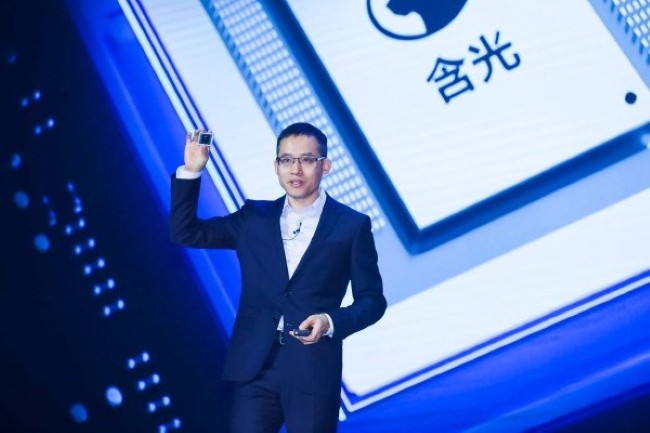 “The interaction between this huge amount of data and the quality of computational power is essential to see the emergence of this digital economy,” says Daniel Zhang. And to help customers better manage this data, Alibaba announced a partnership with Tableau and its data visualization solution, recently acquired by Salesforce. The server functionality of the editor can be installed on the Elastic compute service of Alibaba Cloud so that its users have a direct view of the use of their computing resources. Customers of the Chinese firm will also be able to access Tableau’s embedded databases such as RDS for MySQL, SQL Server or Postgres. Native connectors between the two solutions will also be created for MaxCompute, AnalyticDB and Data Lake Analytics.

A second chip dedicated to AI

When Alibaba launches solutions for its customers, it is often that the Chinese e-commerce giant has already developed and tested the tool internally. Last March, during its Cloud Summit, the group unveiled its first chip (XuanTie910) for IA and IoT treatments. Today, Alibaba’s CTO Jeff Zhang has unveiled a second processor. It is named Hanguang 800, so is currently used internally for commercial operations (product search, automatic translation of e-commerce sites, etc.). Few specifications were communicated during the conference. A single indicator placed this chip well ahead of its market competitors in terms of instructions processed by seconds (IPS): the Hanguang 800 would be able to reach more than 78,000 IPS in boost mode.

In practice, for example, merchants upload nearly a billion images to Alibaba’s Taobao site every day. It used to take an hour to categorize these images, tailor research and create specific consumer recommendations. With Hanguang 800, Alibaba says it has reduced this processing time to five minutes. But remains silent on further clarification as to the technical characteristics of this processor. The reason could be that this chip will remain for internal use to improve machine learning treatments. With this NPU (neural processor unit), Alibaba intends to gain a foothold in a very competitive market with players like Google and its TPU (Tensor Processing Unit) or Intel who presented his Spring Hill chip (based on Nervana Systems) this summer . We can also mention Nvidia,

The cloud, a facilitator for Chinese smart cities

While at the beginning, the group wanted, together with Apsara, to provide IaaS and big data solutions to enable merchants to sell their products as easily as possible (with its e-commerce platform), Alibaba has gradually made its technology available to its customers as well as more and more cloud services (for finance, logistics, marketing, etc.). But the cloud provider is still very elusive about how its technology works, even in front of local customers, partners and prospects. And it was after a big half hour of speeches from different political representatives of the city of Hangzhou and his province, that the group presented rather succinctly how its services are used by the administrations of the region.

Optimized data management enables organizations to provide better services to their constituents. The CEO of Alibaba used the example of Zhejiang Province, of which Hangzhou is the capital. It began to integrate Alibaba Cloud in 2014. And by collecting no less than 72 billion data points (from its infrastructure but also from 92 government agencies to which it is connected), it hopes to offer specific services through to the digital twins of the 20 million residents who use the applications provided by the administration. Thus, knowing – among other things – banking data and the financial situation of a person, Zheijiang province intends to accelerate the development of credit authorizations for medical expenses. So, patients could pay for their exams and operations in several times, if their situation permits. And always providing more personal data.

Another example in terms of exploitation of IoT data in the public sector, the city of Hangzhou brings back in its cloud the data of cameras and sensors located in its public car parks. This allows him to better manage the available places. This allowed it to increase the turnover in its car parks by 5% and to reduce the number of infringements in these spaces by almost 38%.

Apart from its government clients, Alibaba is trying to be the gateway for international customers in the Chinese market. This is how the group launched the China Gateway Program last March. Initially reserved for Australian customers, the latter is now extended to more than 80 countries, including France, Germany, Sweden, Israel or the United States.